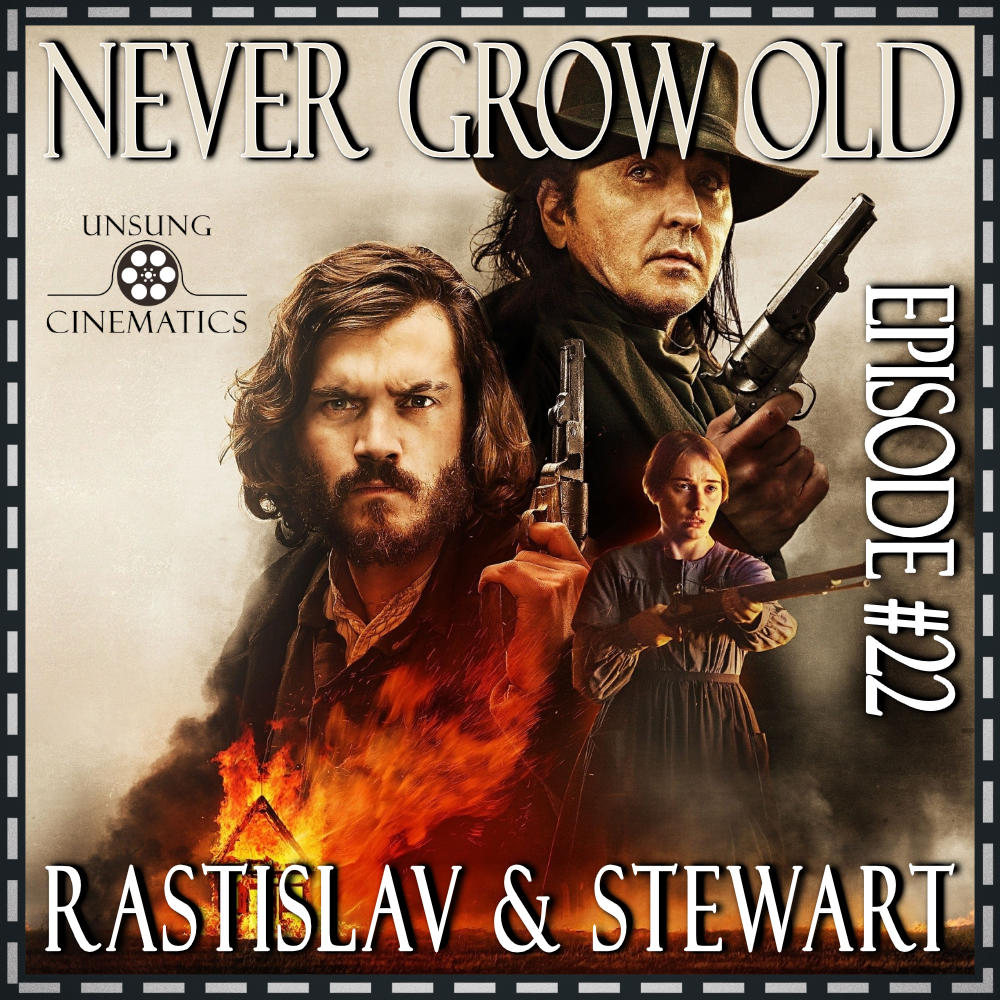 Never Grow Old is a 2019 dark western that puts a small frontier Irish undertaker (Patrick Tate) played by Emile Hirsch and his family to the test when a bounty hunter played by John Cusack moves in to terrorize the small christian community just outside of California.

Patrick develops a taste for the money he makes as the body count climbs and this in turn endangers his family. The film receives an R rating and was totally released under the radar. It bombed at the box office. I was particularly enthralled with this western as it puts a new spin on the western genre.  Directed by Ivan Kavanagh, starring Emile Hirsch, John Cusack, and Déborah François.